Arrest for Debt in Late Elizabethan and Early Stuart London

Arrest on civil process, especially for debt, became an increasingly important motif in late Elizabethan and early Stuart literature, especially Jacobean drama. In the second half of the sixteenth century, rates of litigation skyrocketed, arrest on first instance became common, and a series of bankruptcy acts exacerbated the inequities of debt proceedings. Moreover, the crown’s efforts to mitigate problems of imprisonment for debt made arrest a flashpoint between competing movements for legal reform. In these contexts, dramatists paid new attention to arrest practices, regularly representing them as illegitimate and open to abuse. The motif of arrest for debt had particular power in dramatic works because the legal act itself was inherently performative.

Stuart Minson (stuartm@uga.edu) is a faculty member at the University of Georgia and associate director of the UGA at Oxford program. 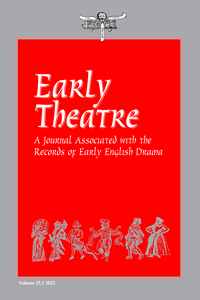